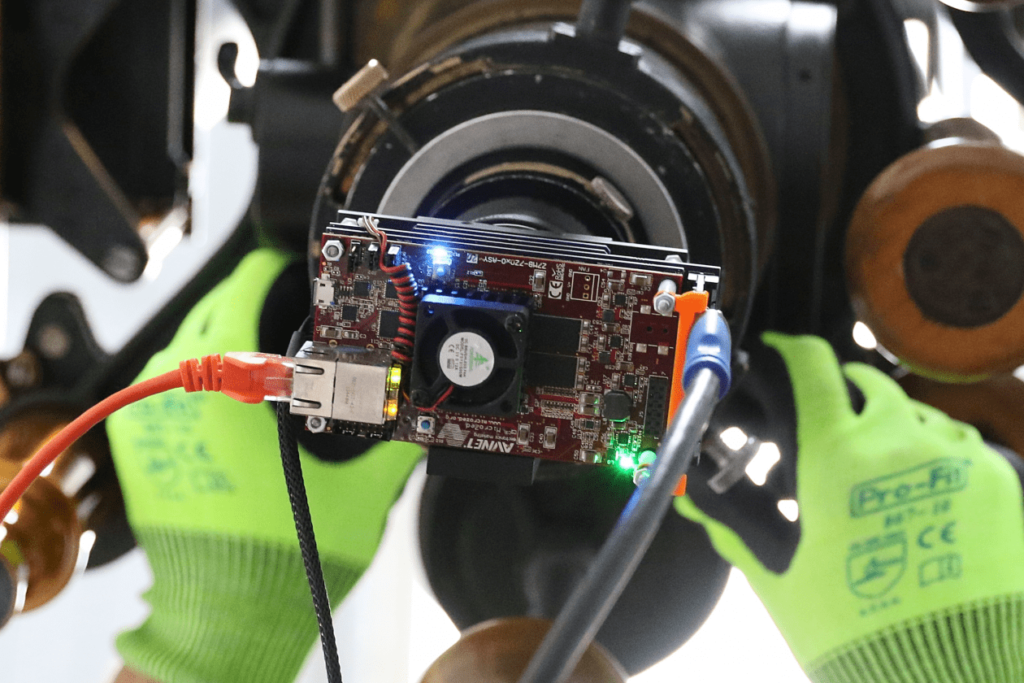 apertus° at the Factory Hub Vienna

apertus° is a community, founded in 2008 by filmmakers and technology enthusiasts. The goal of the award-winning project is to create open technology for today’s professional film and cinema production landscape and to make all of the generated knowledge freely available.

apertus° was created, because many filmmakers were not satisfied with the digital film cameras from major manufacturers. There are only proprietary systems that could not be adapted due to their closed technology”, explains Sebastian Pichelhofer, Project Lead and Association Chairman of apertus°. Film enthusiasts began experimenting with the open hardware of a rudimentary industrial camera and, with the help of a Horizon2020 EU grant, a successful crowdfunding and Ars Electronica Award of Distinction award, developed AXIOM Beta and the already sold AXIOM Beta Developer Kit, an open, modular and digital cinema camera systems pre-stage.

In spring 2019 apertus° moved to the Factory Hub Vienna at TELE Haase together with Amescon. “We used to rent a room from Daniel Amesberger at Amescon, and then we followed him and his machines to the factory hub”, laughs Pichelhofer. “We need these machines for the production of our small AXIOM series and they now conveniently are located here in the next room”, says Pichelhofer. At Factory Hub Vienna, apertus° has hired a developer/office workplace and is working on final assembly and testing of the AXIOM Beta Developer Kit, which has been sold 50 times in recent years.

From DIY to TELE EMS

Currently, the team needs about five weeks to build a single Developer Kit with five different boards, including placement, soldering, assembly and testing. So that things can go faster in the future, apertus° is now testing the entry into TELE series production. “The first results with the automatic assembly of test boards are promising”, says Pichelhofer. “The quality here at TELE EMS fits – unlike other contract manufacturers, where we tested earlier and could not achieve useful results. If everything goes smoothly, from next year on, we will start producing small series with panels of nine and later on maybe 18 or 27, depending on the order situation”, says Pichelhofer. In addition, apertus° continues to work at the transition from the developer kit to the full AXIOM beta camera.

The apertus° project has relied on a bootstrapping strategy from the beginning. The business is adapted to a very tight budget and scarce resources. This minimizes the risk, even though it often takes a bit longer to realize things.

In addition, in the community there is the so-called “do-ocracy”: Who does something, makes the decisions and is thus able to act flexibly. Nevertheless, the community naturally has a great influence on the further development of the products. “The particular challenge in the production of the AXIOM systems is that we are constantly implementing improvements to the hardware. Many ideas flow into the project very quickly, and as a result, our product continues to evolve. This of course is in radical contradiction to usual mass production in electronics manufacturing. Here at TELE, we can discuss our wishes at eye level and implement them quickly and with relative flexibility, “says Pichelhofer, pleased.

In the foreseeable future, AXIOM should now be financially self-supporting. Beyond technology development, the apertus° project has also become a living platform for the exchange of filmmakers, creative professionals, artists and enthusiasts, and is not only a knowledge library but also an ecosystem for people who support one another to achive artistic freedom. 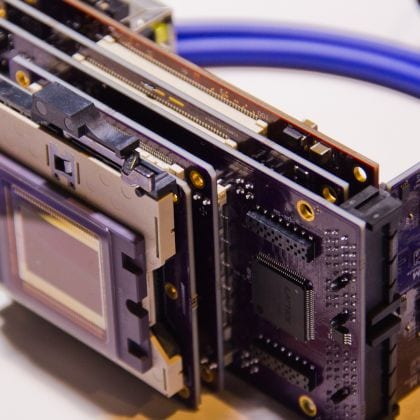